A Spinning Update – (Unapologetic) Spinster of this Parish

Small PleasuresThings to Make and Do 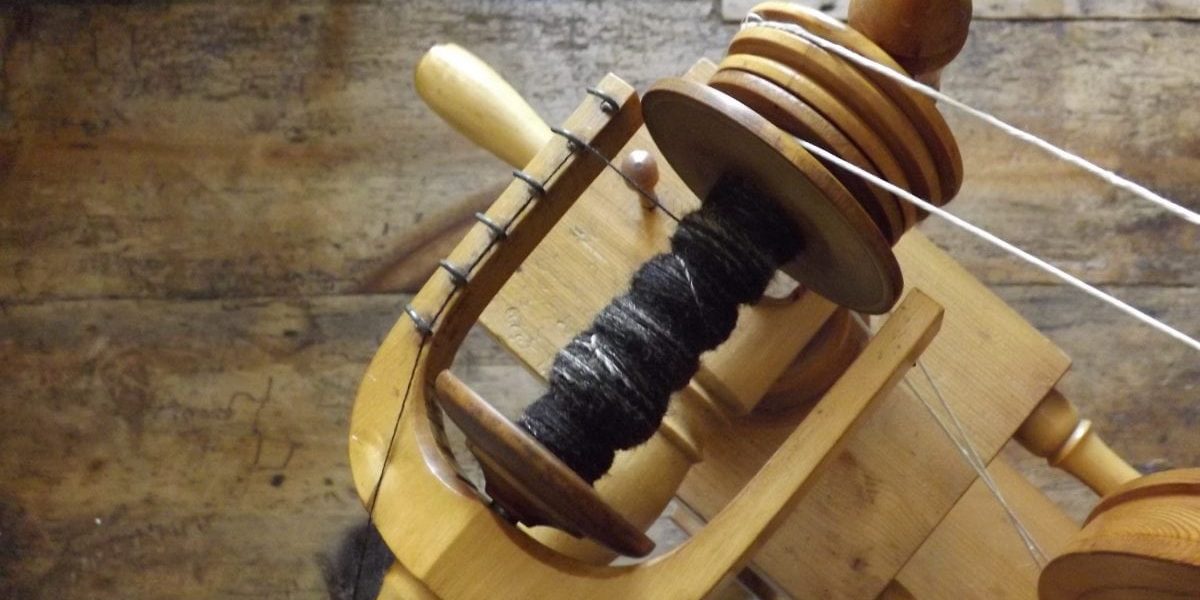 Spinster is a problematic word. The first meaning to brings to mind today is old maid. Not a description any woman aspires to.

So having knitted and crocheted for years perhaps it’s no wonder that it took so long to get involved in spinning. It is, after all, at the start of the process of producing yarn. It is fundamental to all things textile.

This spinster may have come to it late and almost by accident (read about how it all came about here and here).  But turns out it’s a wonderfully mindful, rhythmic (if time consuming) activity – and it’s addictive.

Now let’s take a few steps back. Spinster comes from the Middle English ‘spinnestere’: a woman who spins. Women who span were spinsters, men were spinners. Weaving was generally a male occupation, as it required a loom and other equipment beyond the financial reach of most women. Spinning required little more than a drop spindle, and later a spinning wheel. It was an occupation open to women, but low grade. It took several spinners (or spinsters) to keep one weaver supplied with yarn.

It wasn’t until the early 18th century that spinster took on its modern meaning – a single woman beyond the age when she would be expected to have been married. Prior to that it was merely a description of  occupation, married women were spinsters too. It was also mark of respectability. 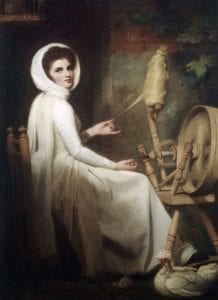 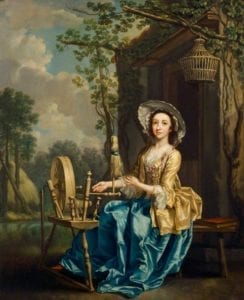 In fact in pre-industrial societies vast numbers of women would be spinsters in some form or other. Otherwise they would have no wool or linen cloth for their household needs. Even higher up the social scale women would spin. It then became be a decorous, parlour occupation, showing elegant fingers doing delicate work.

Respectable medieval girls were expected to know how to spin, and spin well. It was a sign of industriousness and a good housewife in the making – so ironically being an excellent spinster made a girl more marriageable. Spinning crops up regularly in Fairy Tales – think of Rumplestiltskin and the Scottish tale Habetrot.

Finally to return to the present day time for a quick update on progress…. 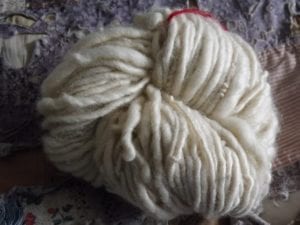 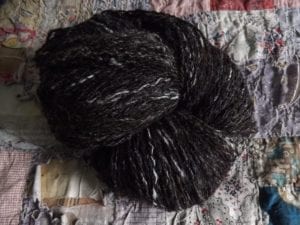 ….and here’s the latest off the wheel eight months later. There’s definitely been some progress. Next on the list is to try more flax spinning. Watch this space!

Time to get back to that wheel.