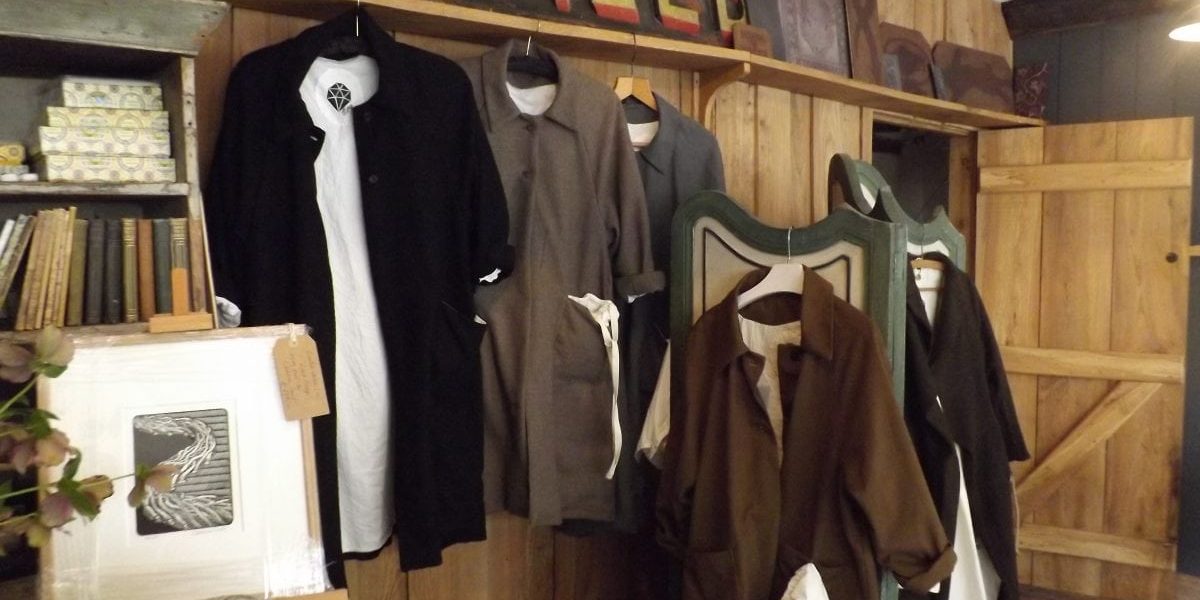 Bonfield BlockPrinters is a the sort of place that you either have to seek out or you stumble upon by accident when you least expect it. Cameron Short and Janet Tristram set up in the old stores in Thorncombe, a hidden away village tucked into the furthermost corner of West Dorset. Off the beaten track indeed. They found the building all but derelict, restoring the ‘shop’ as workshop and studio with the rest of the house to live in (it has featured in Country Living Magazine – no surprise). Incidentally Thorncombe does still have a lovely, community run village shop just around the corner.

Set on the steep, main street, the frontage is both exquisite and intriguing,  This year they were open for Dorset Arts Weeks so here was a chance to get a good look at what they do (usually they are only open by appointment).  Judging by social media feeds this was a venue not to be missed.

Inside the space is dominated by the weighty hand cranked press, dating back to 1904. The floor had to be been reinforced to ensure it doesn’t fall through to the cellar below!

A marvellous bit of kit indeed. Bonfield BlockPrinters produce lino prints and also printed linen for home wares and upholstery. All their work is strongly influenced by the local landscape and rural traditions. The colour palette is restrained and uber cool. In fact everything about the place is cool, whilst Cameron and Janet are friendly and generous in their enthusiasm for what they create.

Although it may be too late to visit for open studios this year, but do check out their website for a closer look at their work. Cameron also runs workshops (fully booked for this year) if this makes you itch for trying out  some print making.