Distaff Day, also called St Distaff’s Day although there’s no actual saint involved, falls on the 7th January, The day after Epiphany and the end of the twelve days of Christmas celebrations..

Traditionally it was the day when women went back to their household duties and once again took up their distaffs and spindles to get back to spinning. 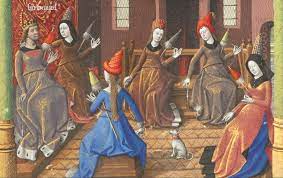 The distaff was the women’s symbol. Spinning in households both humble and grand was an essential skill in the pre-industrial age to provide textiles for the household. The distaff itself is basically just a stick, acting as a third hand, on which to hold your prepared fibres as you spin. It could be short and held in the hand or long and tucked into your belt and held in the crook of your arm. This also made it useful as a weapon to chastise an errant husband.

Spinning would have been the default setting for most women. A distaff and spindle were easily portable. 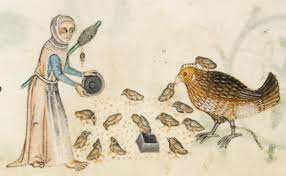 These are images from the Luttrell Psalter, showing everyday country women going about their everyday chores.

Although it marked getting back to work as usual, it seems that Distaff Day wasn’t without some holiday hangover mischief, as mentioned in this poem by Robert Herrick (1591-1674)

You must on St Distaff’s Day

From the plough soon free your team;

Then come home and fother them;

If the maids a-spinning go,

Burn and flax and fire the tow.

Bring in pails of water then,

Let the maids bewash the men.

Give St Distaff all the right,

And next morrow everyone

To his own vocation.

Distaffs seem to have fallen out of favour with modern day spinners. They are essential for spinning long flax fibres but not essential for wool spinning even with a spindle. It takes some practise, as the drafting is done with just one hand whilst the other twirls the spindle. 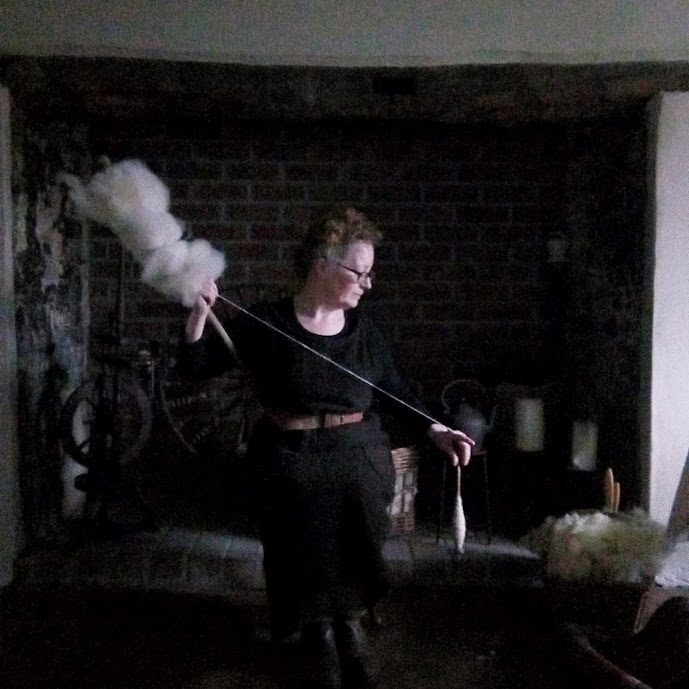 But once you get the hang of it it’s very satisfying, and you get to feel proper medieval.