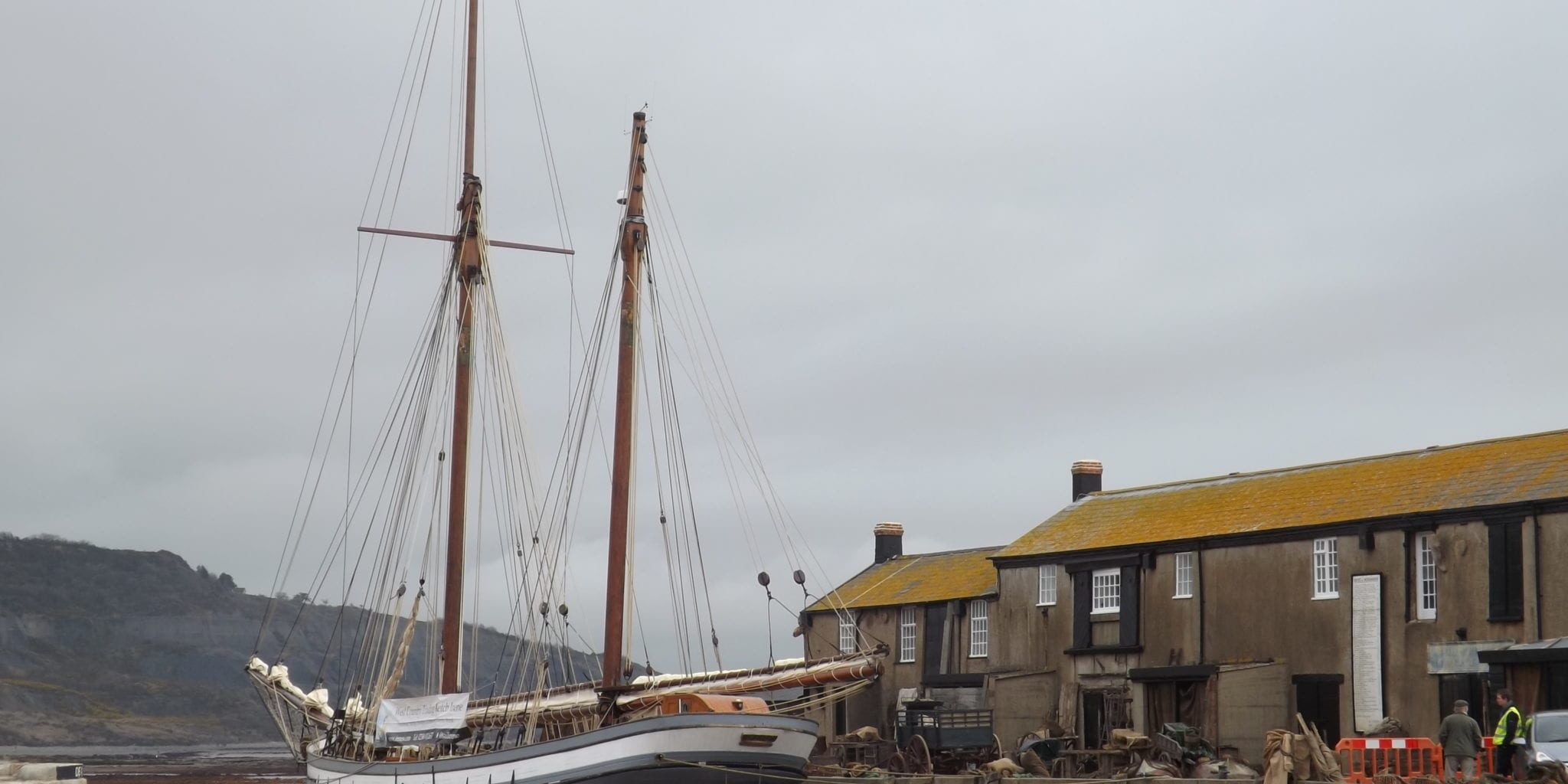 Lyme Regis is no stranger to being used as a film location. Here we go again.

This time it’s the backdrop to the story of Mary Anning, an early 19th century fossil hunting pioneer who lived in the town. ‘Ammonite’ boasts a star studded cast, including Kate Winslet and Soarsie Ronan. So there’s been a degree of spot the film star around and about and bonnets and top hats a-plenty whilst everyday business carries on around it all. Lyme Regis is taking it all in its stride.

But aside from all that Lyme Regis itself has been dressed for the part. It’s a great location, a town full of charming period properties and the Cobb of course and given the story,  ‘Ammonite’ couldn’t really be filmed anywhere else.It’s perfect for a lover of old tat, with bits and bobs pooping up all around the place, not least the harbour and the Cobb. 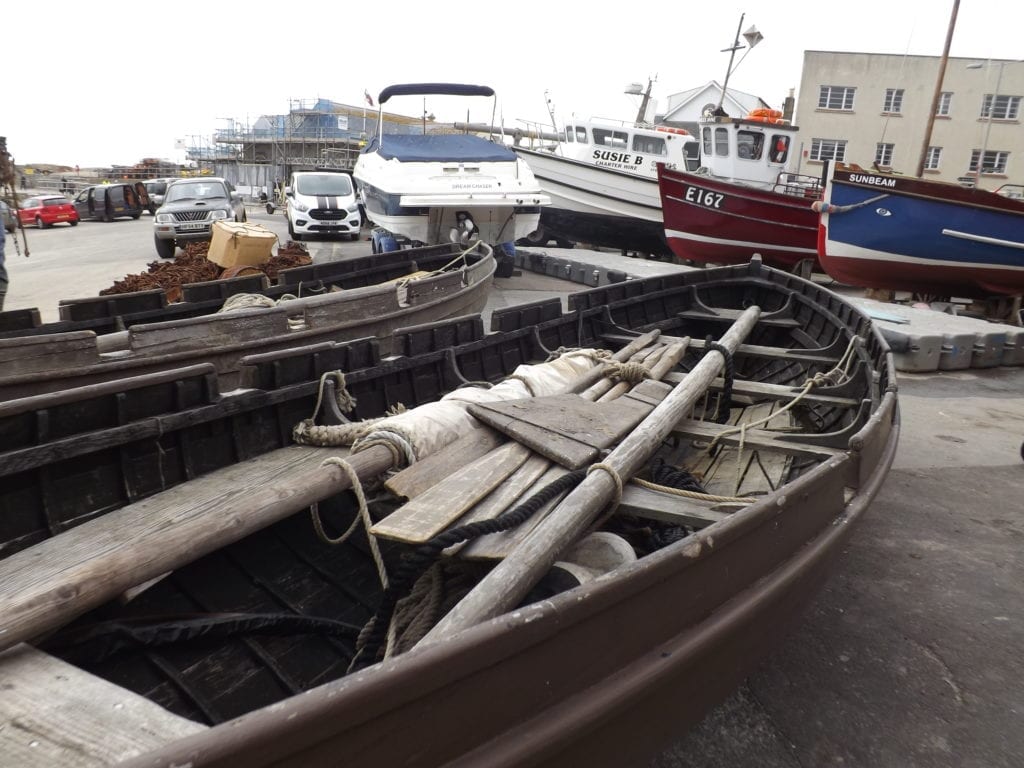 With some very aged looking boats pulled up alongside their modern equivalents. 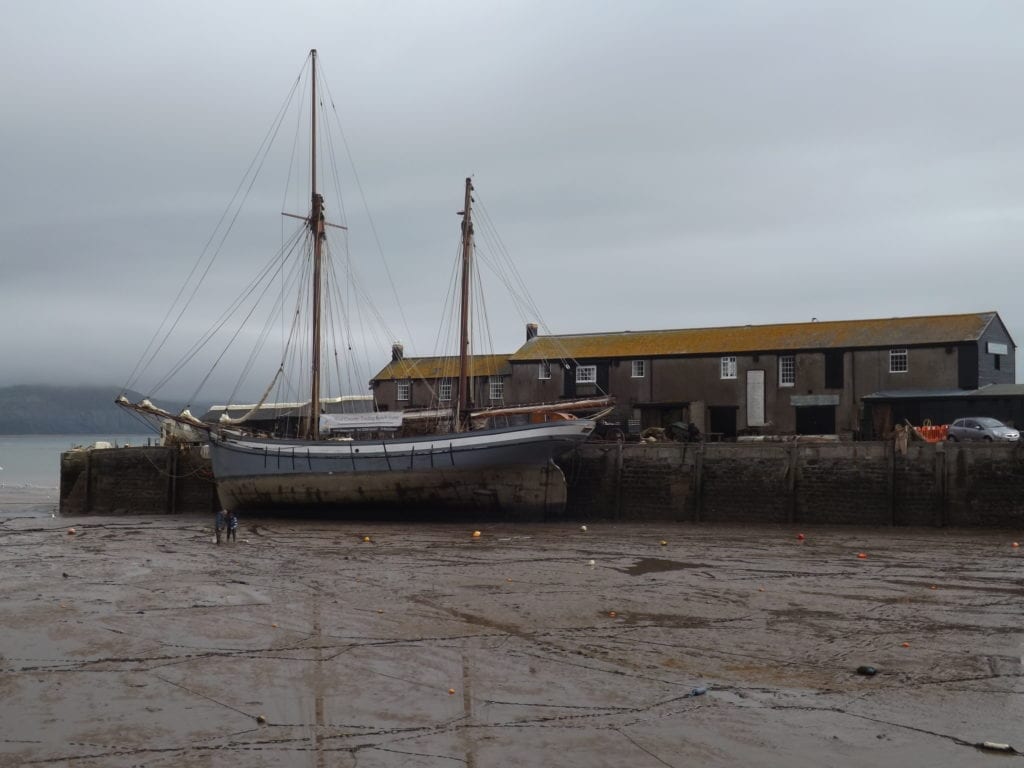 Particularly ‘Irene’ – bought into the harbour for the occasion. 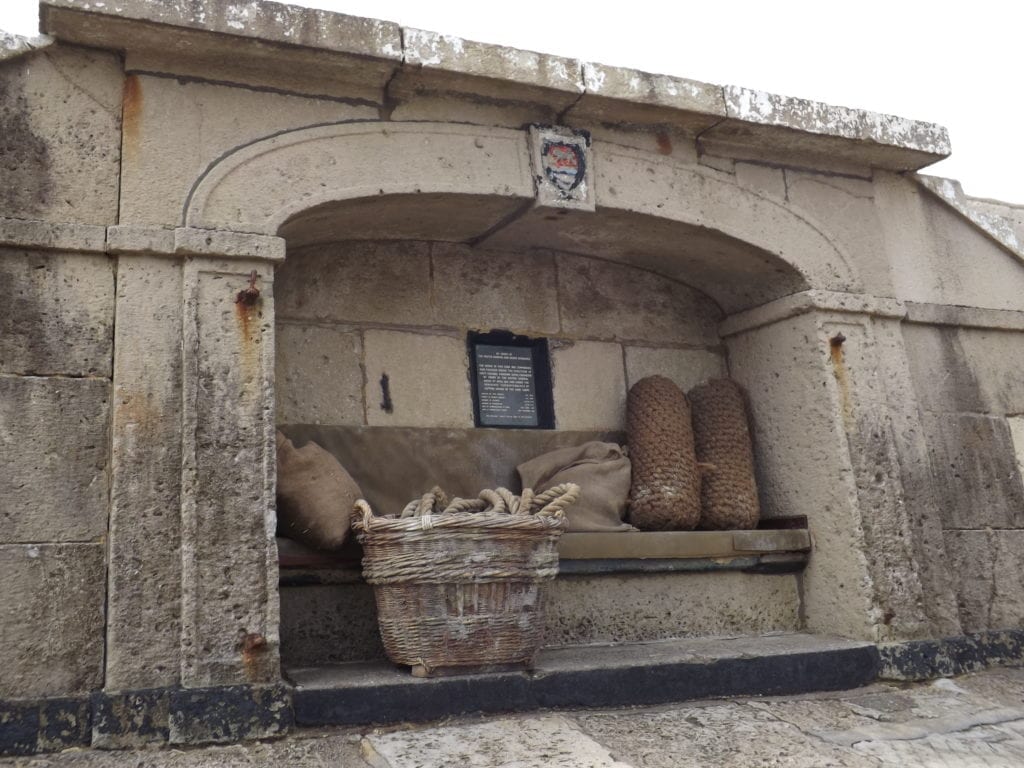 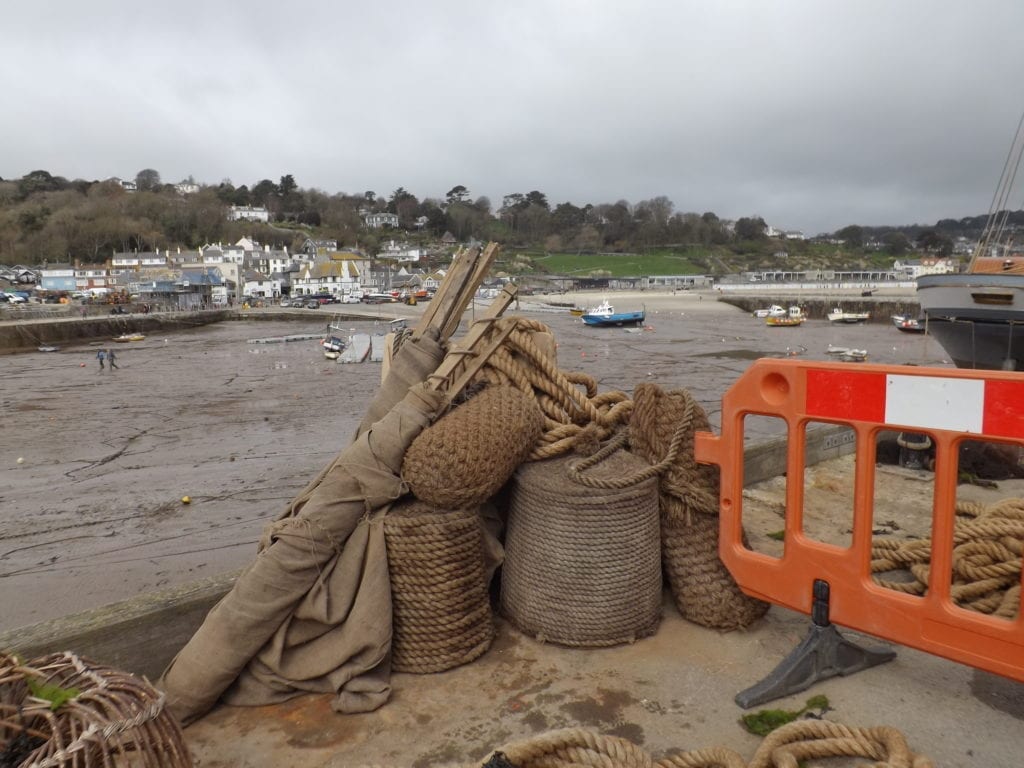 Old rope features strongly. But no going passed the barrier. 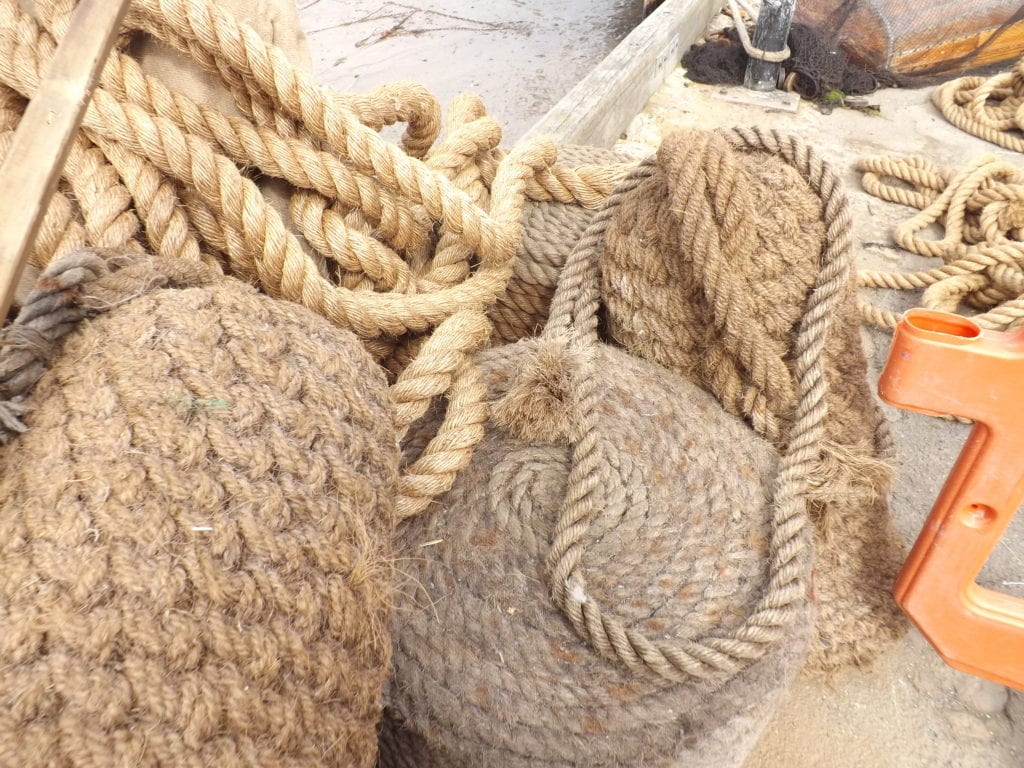 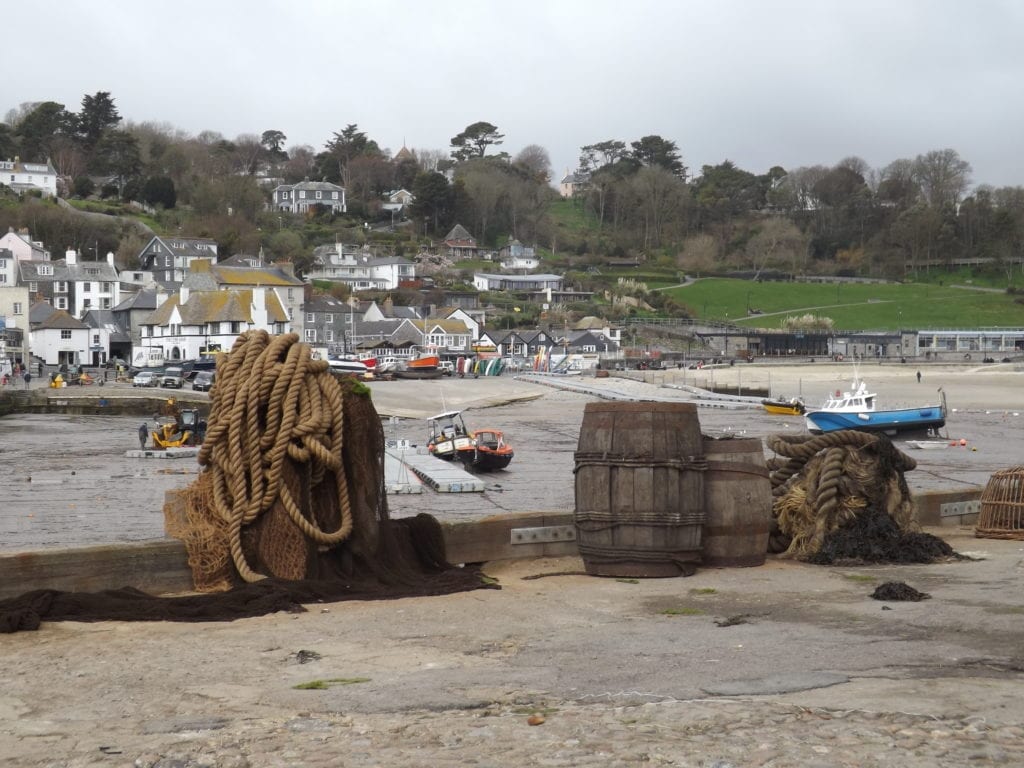 ….and the odd barrel or two. 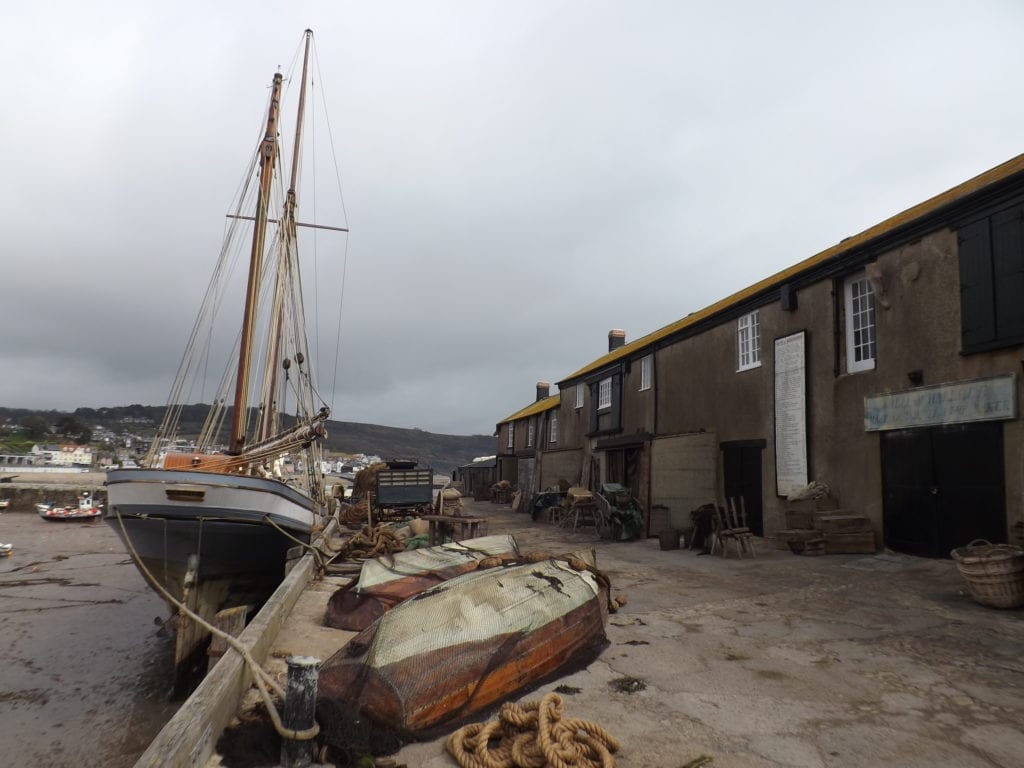 Set dressing abounds beyond this point, closed off by the bright orange barriers. Barrows, barrels – all very period ‘drab’…and more rope of course.