Nature TableThings to Make and Do 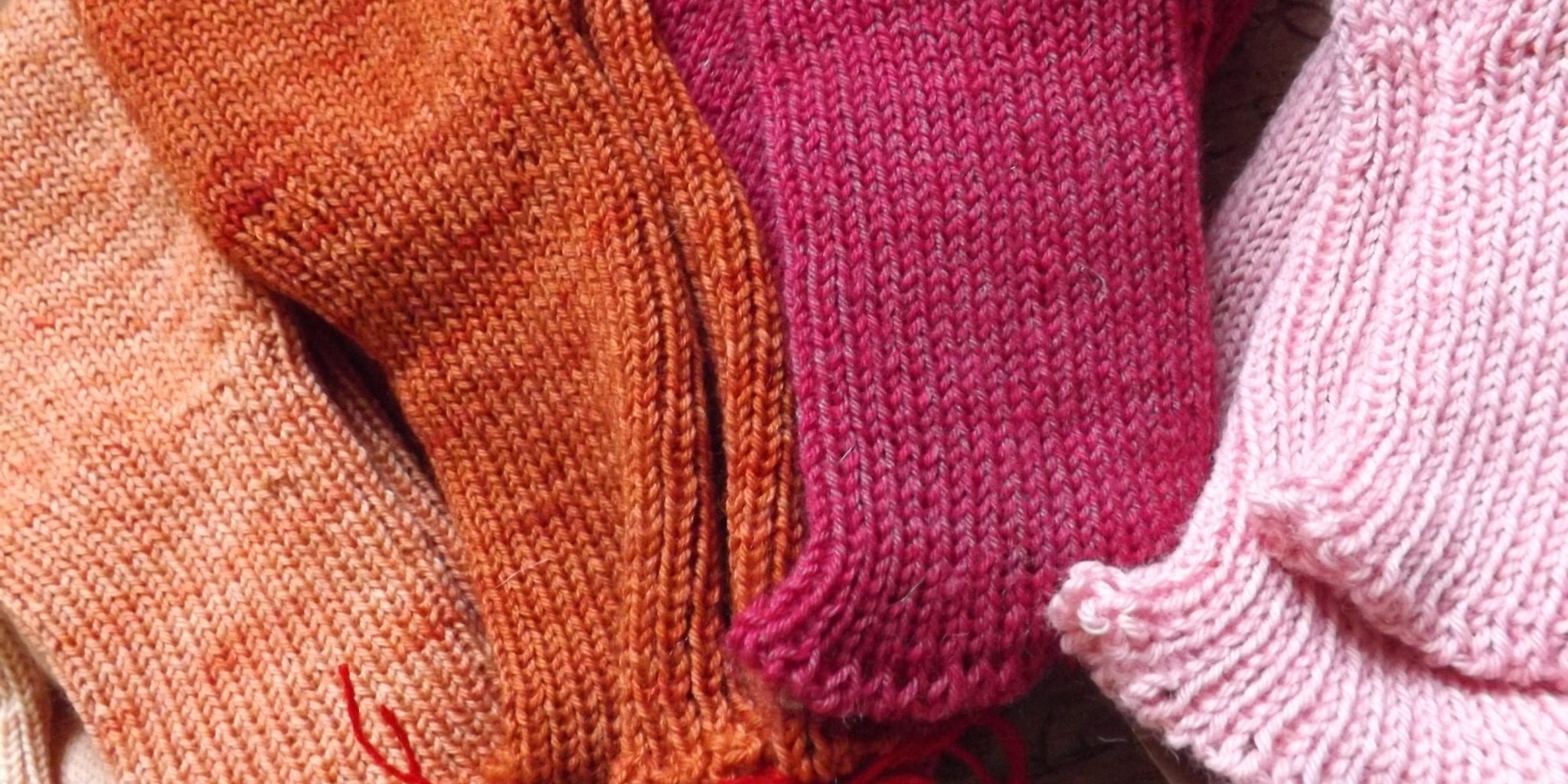 Around here the natural dyeing adventures continue. The hunt for red is on.

A true red dye is hard to find, and therefore highly prized. Before imported or chemical dyes were available reds for Scottish tartans were obtained from white Crotal (a lichen that grows on rocks) or madder root.

In northern Europe the best red we can get is from this madder root (Rubia tinctorum) – known as Common or Dyer’s Madder. There is also a relative that grow wild in the UK, Rubia peregrina or wild madder that does, but not around here. Needs must resort to the internet for a test batch.

50g of dried, ground madder root – reusing the dye bath until it was totally exhausted – produced this…

…the first being a beautiful, rich brick red (though not a true red), going into coral and then peach as the dye ran out.

Time to bite the bullet and spend more money, another tenner for a mere ounce (28g) of cochineal.

These are dried up tiny scale insects (Dactylopius coccus) that live on cacti in South America, Mexico and Arizona. They are chock full of carminic acid, which makes carmine (or cochineal) dye. It’s widely used to dye everything from fabric, food to lipstick.

It may be expensive, but it’s potent stuff and a little goes a very long way…

…just 12g dyed 300g in the first dye bath – a deep crimson. Then 100g of very pink pink followed by 100g of peach. Given that the usual ratio of dyestuff to yarn is 1:1 in weight that’s a lot of colour per gram.

No doubt these are lovely colours, and the reddist reds obtainable with the usual mordanting and dyeing methods. More scarlet reds using cochineal need a tin mordant apparently (here alum was used), and Turkey Red from madder (as used so well in rugs and carpets) requires all sorts of shenanigans involign metallic salts in the processing.

So these will have to do for now.