Home ComfortsThings to Make and Do 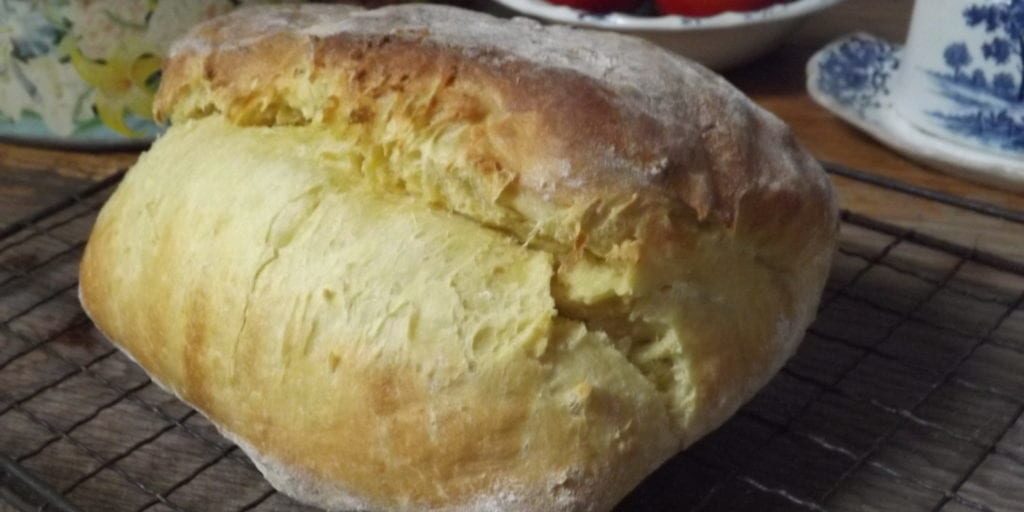 After quite a few years of bread making, (and not buying a single loaf) sometimes there’s a danger of it becoming a chore. So it’s time to shake things up a little. And no knead bread might be the way to go.

Basically it seems that the process is the same, except for the kneading bit (of course) which is the bit that can feel like a chore. The main difference is that the dough is much wetter and the first prove much longer, up to 24 hours.

This recipe is adapted from Townsends – a lovely Youtube Channel. It is an 18th century recipe for ‘French’ bread and is enriched with milk, butter and eggs. 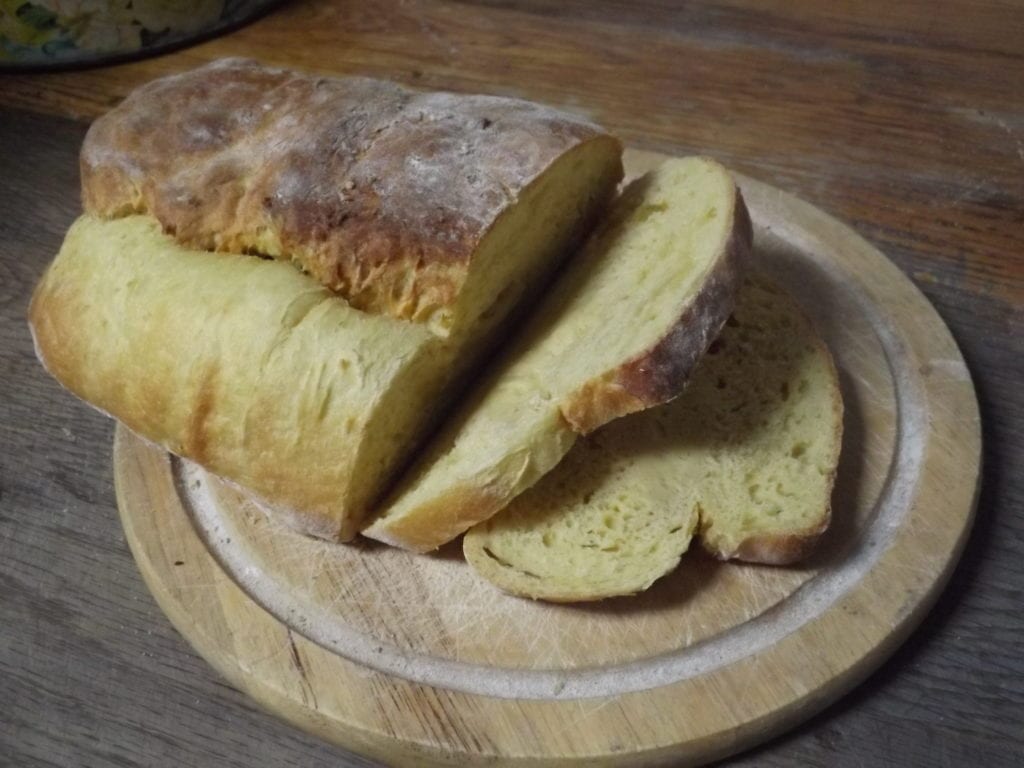 Slightly under baked (the fault of the baker!), but rich, and tasty with a hint of Brioche.

The original recipe called for baking in a Dutch Oven. This is basically just a large, oven proof lidded pot. It seems that it helps retain the steam created by the wet dough during the baking process.

So the next time trying this out the casserole dish was dragged out of the back of the cupboard. Wipe around the inside with oil and sprinkle flour/semolina over the base and put to heat up in the oven when it’s turned on. Place the bread inside and bake, remove the lid after 20 minutes.

More rise and an altogether lighter looking loaf. This time the eggs were omitted and a dash more milk added for something a little more everyday, A lovely, chewy, tasty bread! 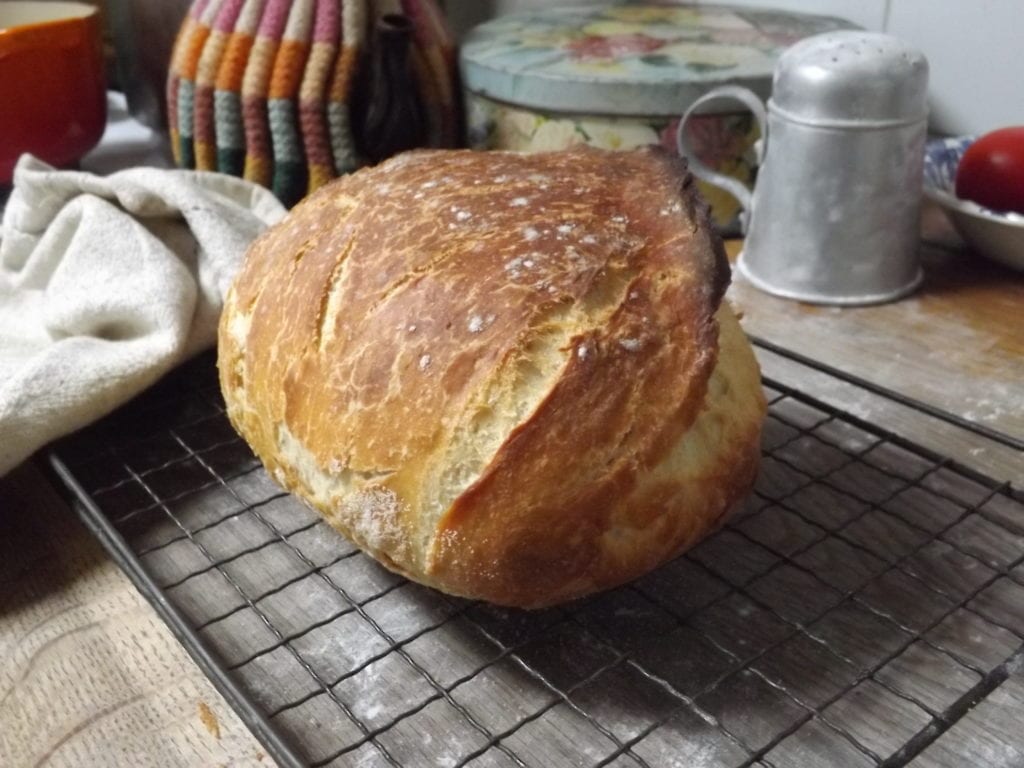 So  – no knead bread baked in a Dutch Oven – it’s the way forward.