Out and AboutThings to Make and Do 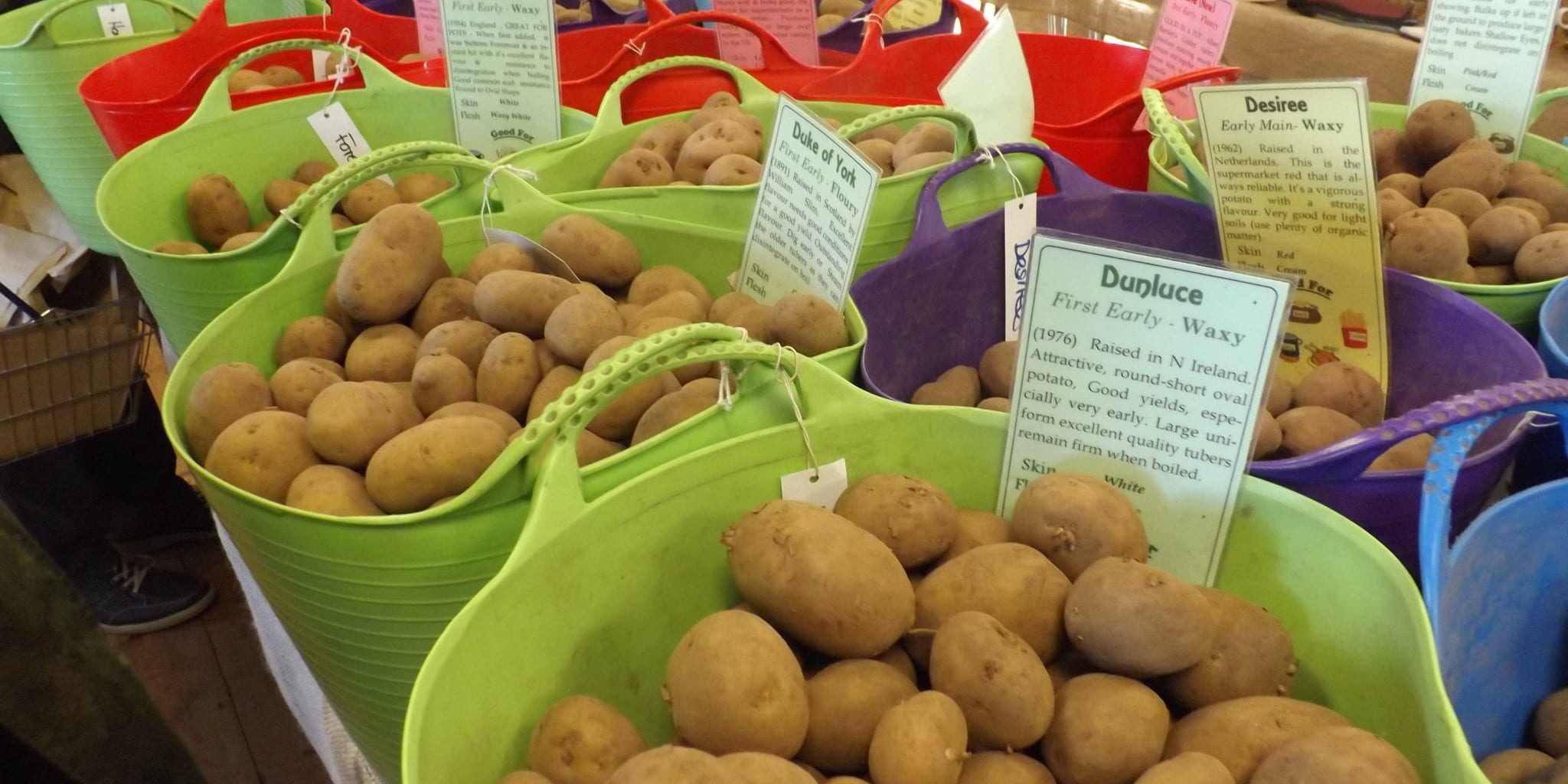 Yesterday was Potato Day in the village hall. Turns out that it’s quite a big deal.

Having missed out on most of the local events, that generally happen on a Saturday, for all the years that the Bridport shop was open, it’s nice to finally get to see what all the fuss is about.

It’s the place to come for your seed potatoes and heritage seeds – provided by Pennard Plants. It’s also the place to come for a general gossip and a catch up over tea and cake.  The whole village seemed to have turned out, as well as plenty of people from further afield, the hall was a-buzz from the get go. Pennard Plants hold Potato Day and other events all around Dorset, Somerset and Devon, check out their website for one near you.

So if you were after British Queen, Home Guard or Kerr’s Pink as well as the more standard King Edwards this was potato seed shopping heaven.

There were also onions, shallots and garlic….

….and all the heritage flower and veg seeds you could ever want.

There won’t be enough room in the garden this year for potatoes (more on that story later), but dahlia tubers at 5 for £10 were too good a bargain to resist.

And as an added bonus there was a bag of potato sacks going begging – well almost, all they wanted was a donation in the charity tin – came away with half a dozen.

Perfect for the making of rag rugs!