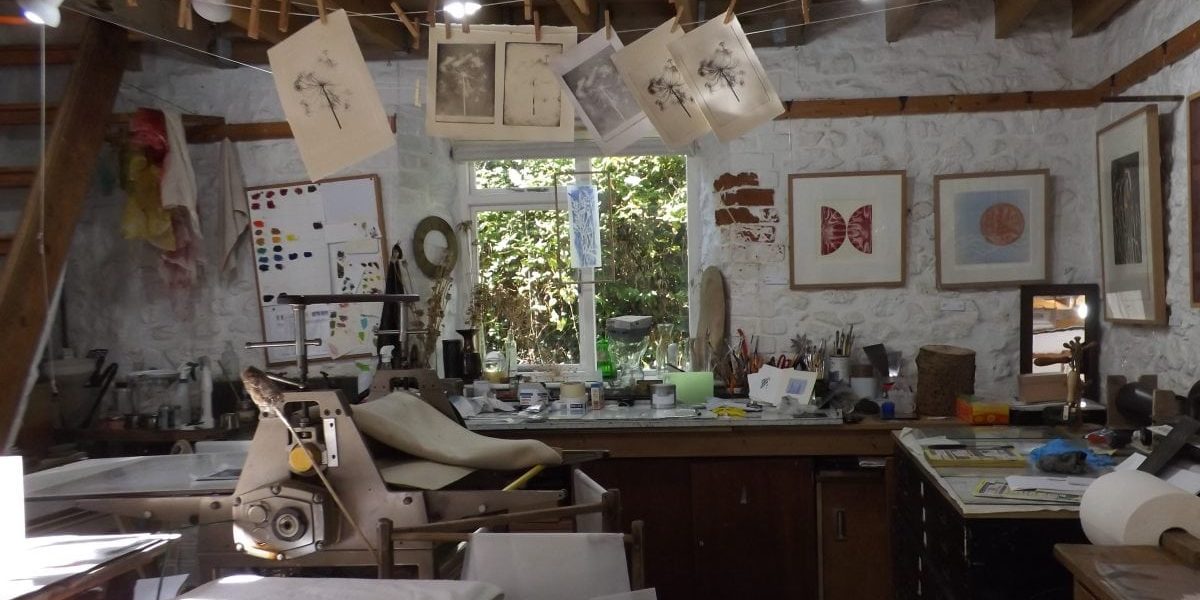 Somerset Arts Weeks held their bi-annual Open Studios this month (finishing 30th September so you’ve still got time to get out there if you get your skates on).

Despite being so close to Somerset this has past by without a single visit for years, much like Eeles Pottery visited in the last post. But this year there was time to take the hop just over the border, look at some art and meet the makers. A great opportunity to indulge in a favourite occupation  – nosing around artists’ studios

First stop was Winsham, and the studio of potter Jacky Duncan. 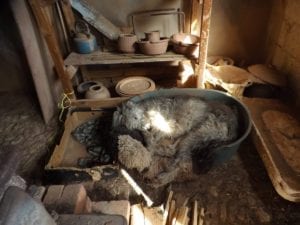 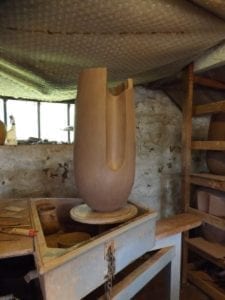 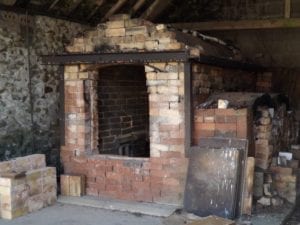 On the other side of the courtyard in an open fronted barn is the wood fired kiln – which she built herself. She fires it several times a year, but not in the winter months as it requires lighting (and then continuous watching) at 3am. 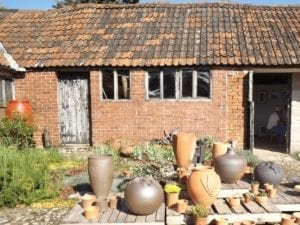 And see the red brick wall at the back? Jacky also built that herself. Clearly a woman of many talents.

Next spot was Lopen…..

….where they took a practical approach to signage.

A few artists have got together here at the lovely studio of printmaker Angela Naunton Davies. (Note – Studio Envy) 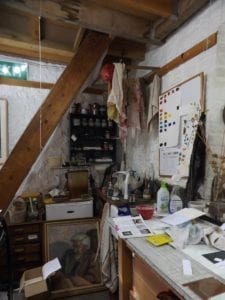 She creates exquisite, ethereal monoprints using grasses and other plants.

Also at the same venue was ceramicist Heidi Warr – her decorated vessels are just stunning.

And finally there was A.J (Jackie) Cundall. A tiny little old lady (she must be at least 90), daughter of was artist and RA Charles Cundall After a long career which included had of properties for Bristol Old Vic she now makes delightful small woodcut prints….

A couple of which might just have come home to the cottage. 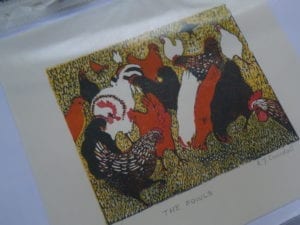 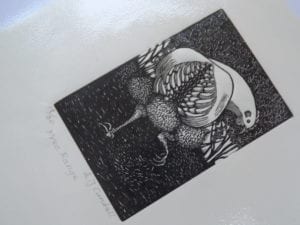 Who could resist that chicken’s fluffy bottom?