Textiles in Medieval Wills – down the Rabbit Hole Part Two

Small PleasuresThings to Make and Do 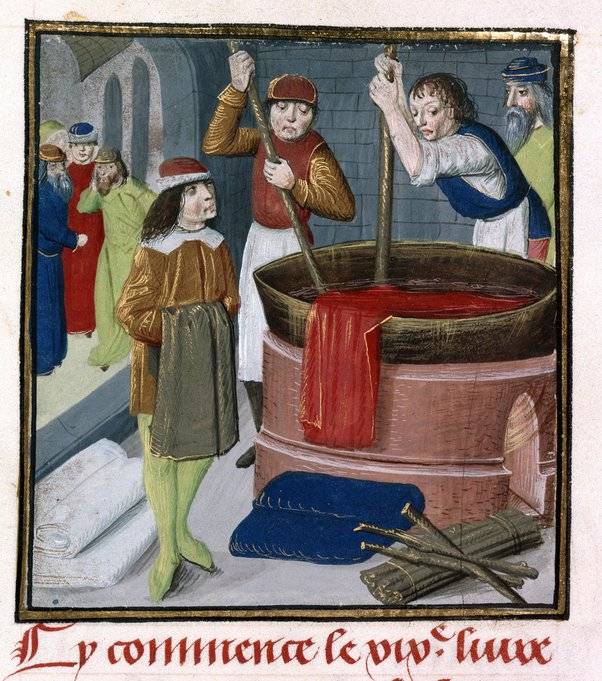 So last time in Part One we were looking at Textiles in Medieval Wills and finding primary source evidence of the value put on clothing and other textiles in bequests.

There were gowns, some lined in fur, kirtles, sheets and smocks a-plenty and it was proof positive that these items were of worth. These transcripts of wills are available to view via Archive.org  After far too much time down the rabbit hole one particular will stood out.

Agnes Petygrewe did not appear to be wealthy, she did not have property or land to bequeath. Her cash bequests were very modest.

But…. have a read of this

Agnes Petygrewe was a dyer!

She owned a vat and furnace and a dyeing house with all she needed for dyeing. Now as a natural dyer with an interest in traditional dyes and techniques I nearly jumped out of my skin! You can read about things in books and know it went on, but here was an actual woman with a name and a family, who lived not sot far away over 500 years ago who was in the same business. It was one of those moments when history really does reach out through time and grab you by the hand.

So what other clues did she leave in the will? She left measures of ‘woode’ (woad), so she must surely have been dyeing blue, but possibly other colours besides. Perhaps weld (yellow) which when overdyed with woad would produce the green of the gown she left to the church at Pensfold.

She was a widow. And she had a daughter. But interestingly she leaves all her dyeing equipment to a John Peryn and his wife Margaret. We can only speculate, but he must have known what to do with this stuff. And Agnes must have thought highly enough of him to make this bequest. There was trust in this relationship – he was also the executor of the will. My guess is that he worked for her. Maybe Agnes left the day to day running of the dyeing house to John. We don’t know how old she was, she might have been a very old lady. Perhaps she was left this business by her late husband, although in her will it is clear that it was now her dyeing house. And if John Peryn was her employee she valued his serviced highly enough to allow him to set up on his own account after her death. 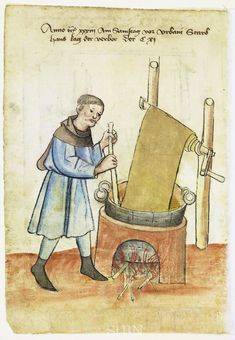 Of course it’s impossible to know what the circumstance really were. But here was an ordinary woman of modest means at the turn of the 16th century who was in the business of dyeing.