Textiles in Medieval Wills – down the Rabbit Hole Part One

Things to Make and Do 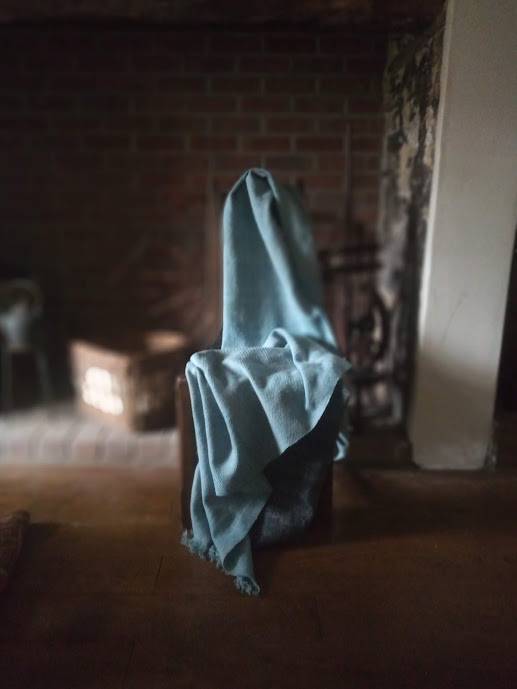 So, textiles in Medieval Wills. What’s all this about?

It started with an idea to unearth some pre-industrial wills to look at how frequently clothing and textile items came up in bequests. With another spinning to finished cloth project on the go I wanted to find primary source evidence of the value placed on clothing before textile production became mechanised.

All went well. It turns out that Archive.org has transcipts of wills – Medieval Wills – and Medieval Wills from Somerset to boot. It seemed fitting to keep it local. What followed was a haphazard trawl though page after page of wills left by good people of Somerset through the 15th and 16th centuries.

Now this is far from proper academic research. There was no plan or particular method or meticulous note taking. It was purely to make observations, get an overall impression and find typical examples. And there were plenty. Here are a few snippets:

June 27th 1554. David Moris of Mynhed, My body to be buried where as pleaseth my company. To Nicholas Thomas  botswayne in the mynyon my barbara purse. ~To Thomas Corbet my Rapyre. To John Myrie my chest and my writing boke. To Fraunces Savyor my blacke fustion dublet a payer of blewe briches and a clooke. To Sander Lambard a Cassake and a payer of briches. To Lawghwilles wief a pece of paynted clthe. To John Beysars wife of Bristowe the bygger pece of Beme clothe and thother pece to my sister.

The residue to Agnes Moris my sister (executrix).

Witnesses: John Willyams and John Welche with other of the company.

I like this David Morris with his rapier, doublet and britches. It’s interesting to note that this is post Reformation and he leaves nothing to the church. Almost all of the earlier wills begin with bequests to the church and clergy that they may say prayers for the soul of the departed. Maybe he was just an ungodly rogue.

I, Joan Mudeforde, widow of Glaston, in the diocese of Bath and Wells, 4 June, A.D 1484 make my will in this manner

What follows next is a whole list of bequests of gold rings and money to the Church. She then goes on to leave her household utensils, cooking pots, pewter and the like to be divided between her son and daughter.

Then we get on to the good stuff:

Item, I bequeath to Joan Edmundis, my servant, one entire cloth.

Item, to the Abbot of Adillney, one entire best cloth of blue colour……

…..Item, to Joan Mudeforde, my daughter, my best gown a tunic called “Kyrtyll,” and my best barred girdle, and my best rosary.

Item, I bequeath my best kerchief (peplum), for a canopy over the host at the said church of St John the Baptist.

Item, I bequeath another kerchief, for a canopy over the host at the said alter of St John the Baptist……

The residue if all my kerchiefs (peplorum) not bequeathed, I bequeath to Joan Mudeforde, my daughter….

This is typical, many wills include entries for items such as: a payre of shetes, the burnet gown that I dyd, my gowen with the blacke furre, my old burnet kyrtill, my grene kyrtill and a smocke, v yardes of white wollen Cloth to make a gown and a yard and more for a payer of hosyn.

What is clear is that clothing and textiles were items of real (not just sentimental) value, to be treasured and passed on along with gold, silver, jewels, livestock and cash money.

So far so good. But then there was an unexpected twist. Along with all this nice confirmatory evidence a particular phrase kept turning up:

One Pyppe (Pipe) of Woode (Woad)

What is that? What on earth are they one about? it occurred too often, with various spellings to have no significance. Now my natural (including woad) dyer’s blood was up.

Woad was an important medieval dyestuff, and Somerset was a centre of production in that period. It was processed and traded. What followed was a dive down another rabbit hole. One particular will, the excellently named Dionysius Dwyn, dated 1504. He is described as ‘merchant of Ireland, citizen and burgess of the town of Bridgewater’.

Turns out, with a bit more research, this time into wine measures, a pipe (or a butt) is a certain size of barrel. Around this time it was about 126 imperial gallons.

That’s a lot of processed woad. And obviously of value. Judging by the frequency with which it appears in these Medieval Wills it held significant worth not only for its practical use but also as some sort of investment.

Oh, the things you learn. And we haven’t even got onto Agnes Petygrewe. That will be in Part 2.