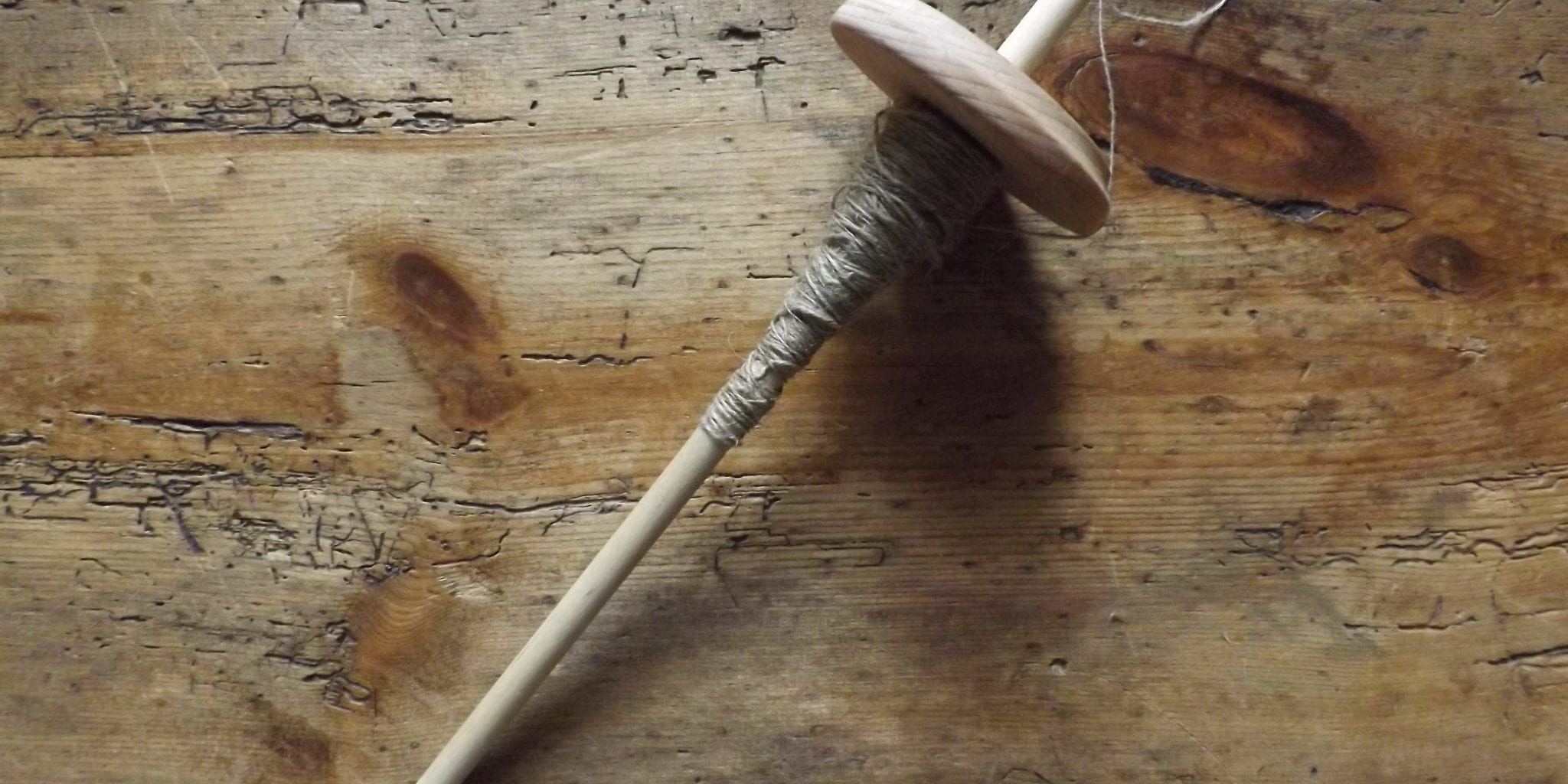 Using a drop spindle to turn fibre into yarn is the most ancient form of spinning. What began as pulling, twisting and winding stuff around a stick evolved, adding a weight (in the form of a whorl) and a hook or notch greatly increased efficiency in yarn production up until the invention of the spinning wheel. It also has the advantage of being portable.

Now all this recent curiosity with all things spinny has probably been born out of visits to spinning mills (at John Arbon Textiles in South Molton and Coldharbourt Mill in Uffculme). Plus being so involved with wool and yarn on a daily basis it seemed only right to explore first hand how a bundle of fuzz becomes yarn.

So a purchase was made of a drop spindle for £6, which is a lot less than a wheel that costs hundreds of £.

This is Blue Faced Leicester. The spindle and the fibre all came from Wingham Wool Work. There are lots of places out there on the web that sell spinning stuff, but they have a very reasonably priced and comprehensive selection.

The process is simple in theory. You join the fibre to the spindle and spin it, which adds twist. You draw out (or draft) more fibre as you add more twist and this spins the fuzz into yarn which you wind around the sticky bit of the spindle. There are lots of tutorials on Youtube (as ever).

All this is more easily said than done. Like so many domestic crafts it requires lots and lots of practise to master. There must be a point after a great many hours when it becomes second nature and, more importantly, you have total control over what you produce.

But the basics are straightforward. And after not too long there was some yarn of sorts.

A couple of 50g bundles of ‘yarn’ – quite wibbly-wobbly and very much on the ‘art yarn’ side. But hey – it’s a start.

So much for wool. Time for some flax action.

The desire to play with flax stems directly from visiting Dawe’s Twineworks. The production of flax for twine, rope and sailcloth was fundamental to the economy of this area (West Dorset and across the border into Somerset) for centuries. It seems only fitting to understand it more intimately.

In many ways spinning flax (which then becomes linen) is easier than wool. It requires wet fingers (dipping them in a cup of water) to not be too hairy when spun, but the length and strength of the fibres make drafting it out and spinning it into a (relatively) fine thread happen almost without trying.

Of course this still needs to be skeined, washed and prepared before it’s of any use for anything. But there should be string for tying parcels if nothing else.

And one more thing – a warning: Spinning with a drop spindle is highly addictive.