Time in the Garden 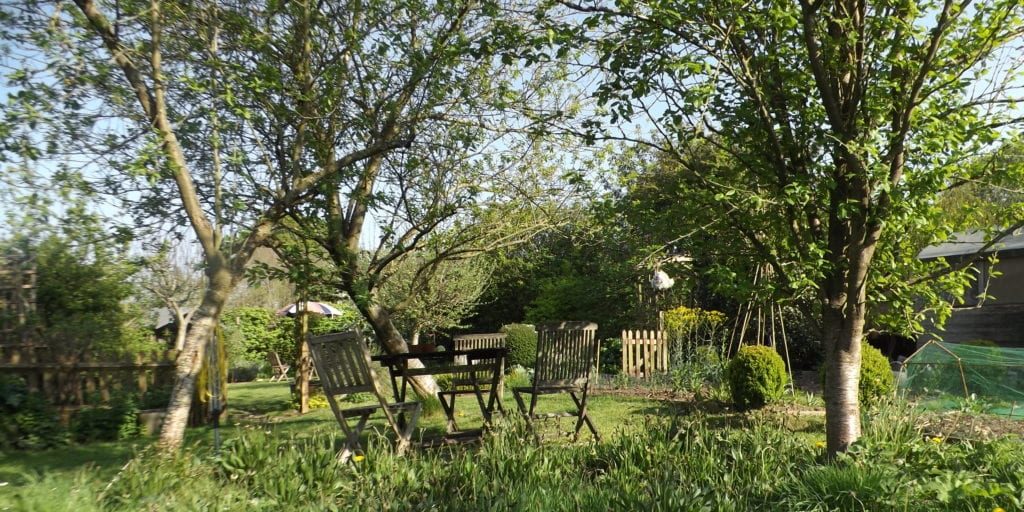 We are living in strange times.

Thank God the weather has been glorious for weeks. Thank God!

The garden here is separate from the cottage, past the little row of cottages and up a path bisecting a neighbour’s garden. Sometimes this is a disadvantage, not being able to just pop outside the back door can be a drag. But it has its advantages too. It is much larger than usual for a tiny, terraced cottage (about 12.5m x 30m), and with a stove set up in the summerhouse for a brew it’s possible to be up there for hours and feel like you are somewhere away from home. 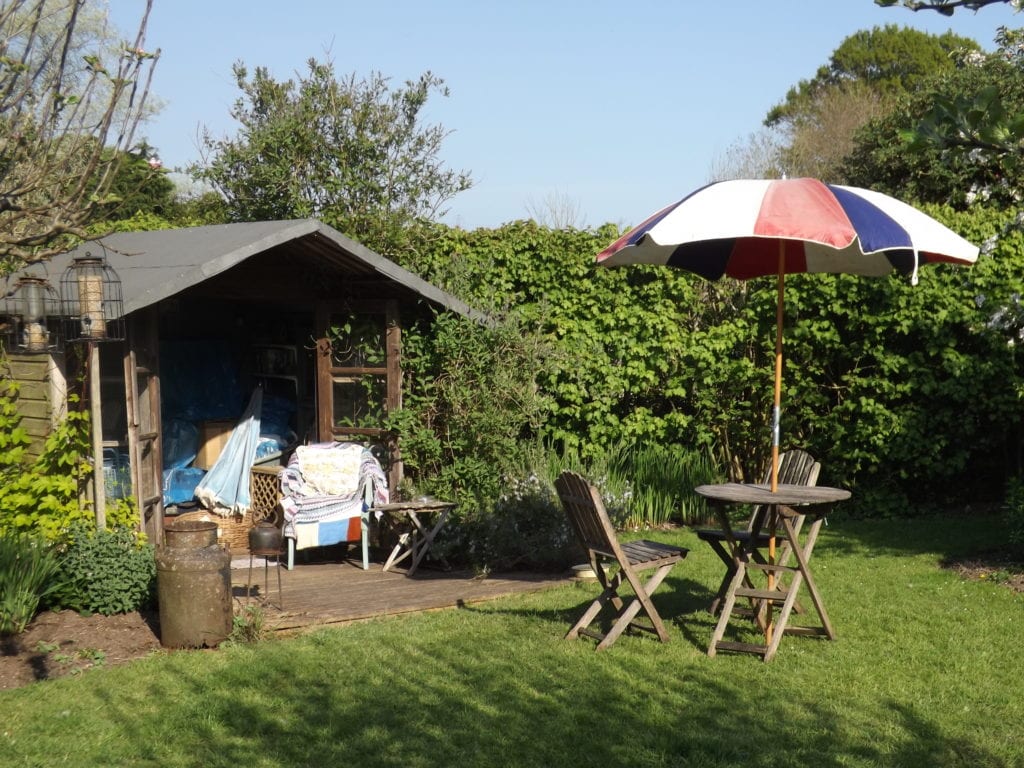 There’s been plenty of work to do. The winter was wet and the garden a total mess. Overgrown veg beds, a collapsed fence, weeds galore. Much work to keep body and mind occupied.

So, the veg beds were dug over, borders cleared, lawns re-edged and the grass mowed and mowed again. There were repairs to the chicken run gate. Even the compost bin was dug out and organised. . 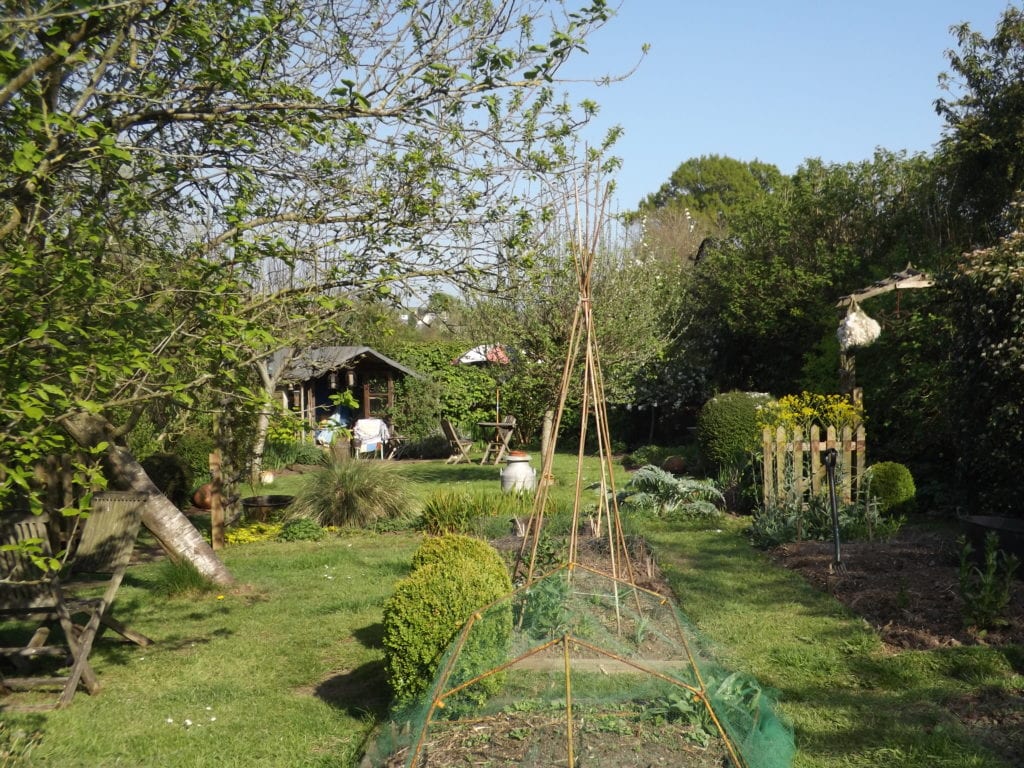 The collapsed fence dividing the ‘working’ end of the garden from the ‘posh’ end was removed. New gate posts went in, and one gate was rehung. The other gate had rotted and was beyond repair, so a new gate was fashioned out of parts of the old fence (seen above on the right). But the local Country Store was out of stock of chestnut paling, so that would have to wait.

Seeds have been sown, some from the stash, others tracked down online with a bit of persistence. 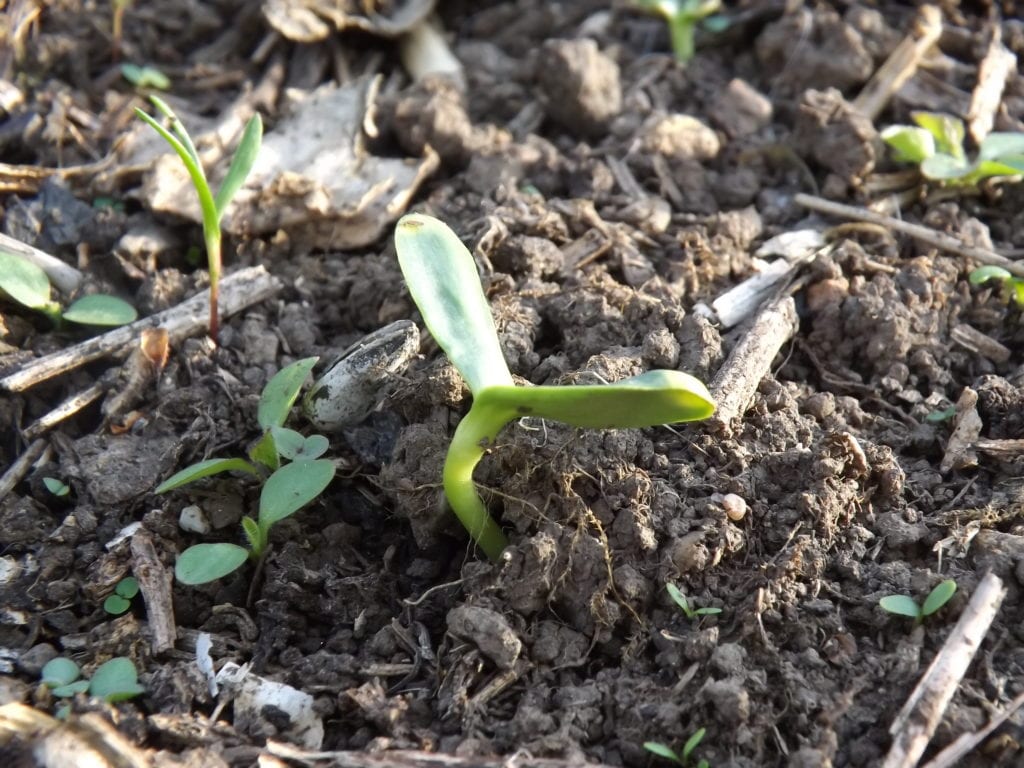 And in between, plenty of time to sit and watch the birds. Lots of birds on the feeders and in the garden this year, including Bullfinches and a Great Spotted Woodpecker. Also a Sparrowhawk (dramatic but less welcome). 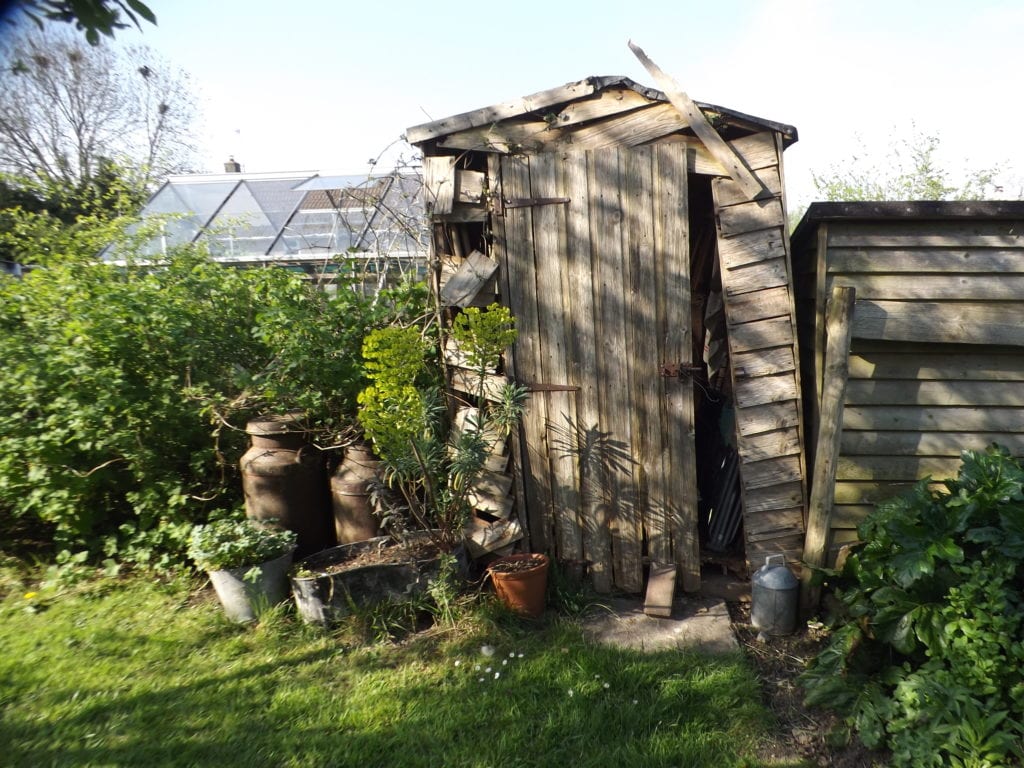 This little shed (there is another larger one) is totally on its last legs. It was due to be emptied and taken down. But it’s become home to nesting robins and wrens, so will stay for now. 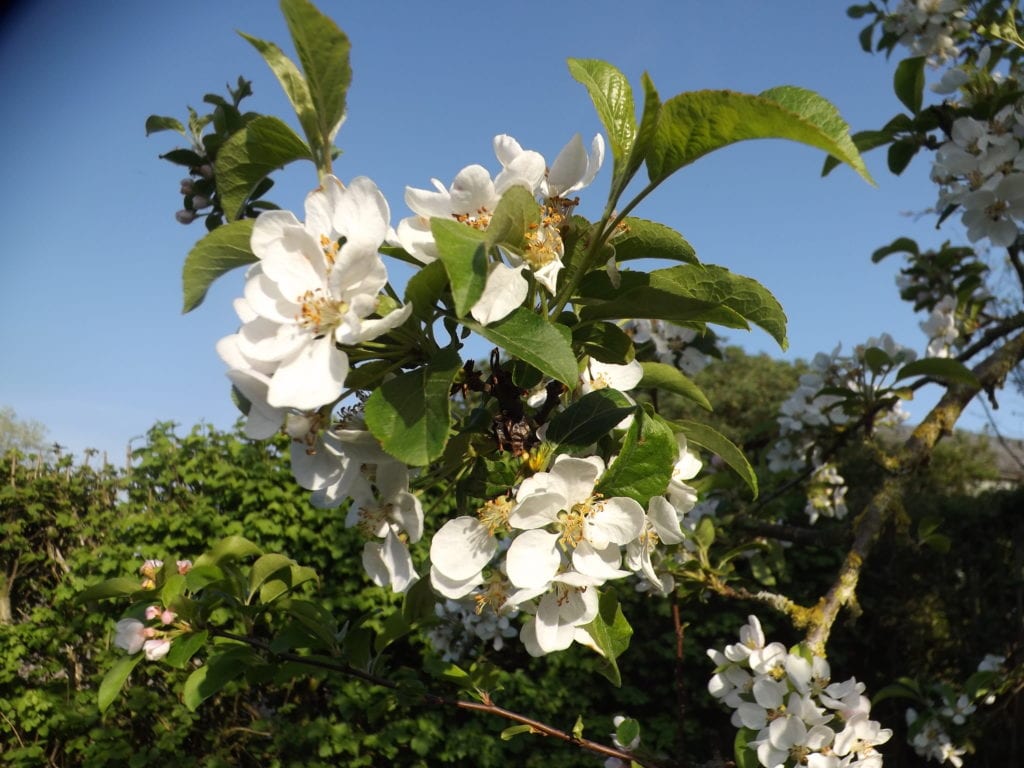 The crab apple blossom is glorious. 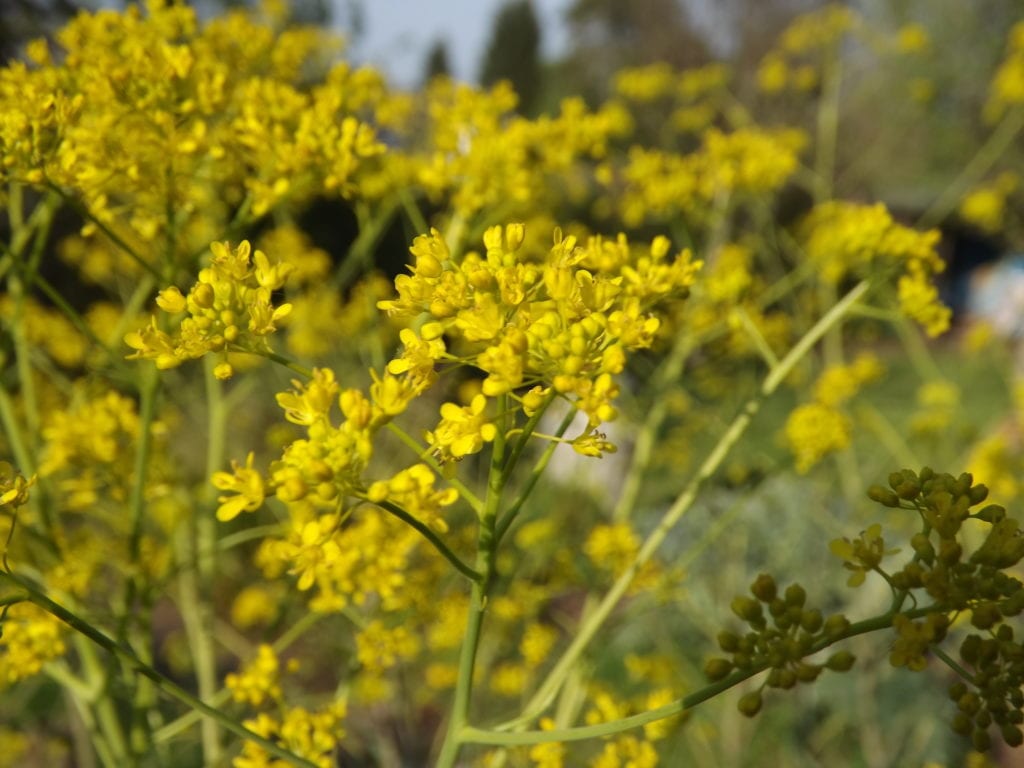 And last year’s woad is in flower. The seed will be collected for next year, whilst meanwhile there are new seedlings on the way for planting out and harvesting later in the year. Hopefully there will be weld plants for dyeing too. Most of the ‘veg’ beds are actually being given over to dye plants and cottage garden flowers this year, with some salad and beans thrown in for good measure. 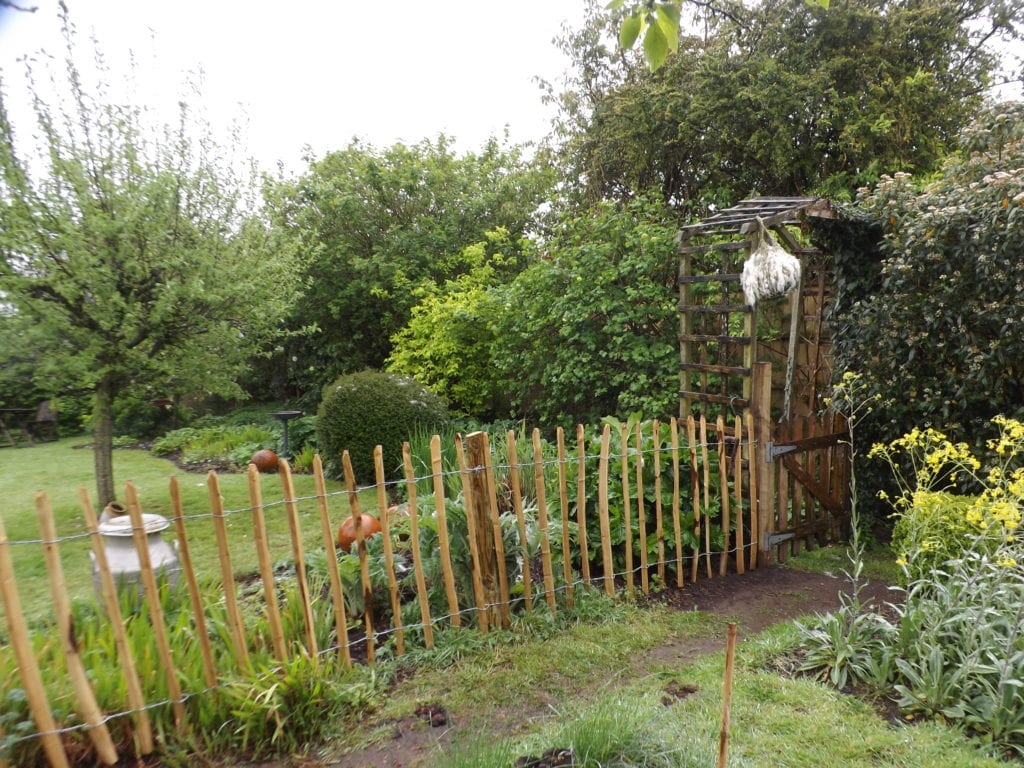 And just before the weather broke the chestnut paling was back in stock. That bag of white fluff hanging on the arch is leftover alpaca fibre (too short for spinning), It’s there for the benefit of nesting birds. Although they seem to prefer picking it up when it drifts to the ground. So far greenfinches, goldfinches and sparrows have all been seen taking advantage of it and will have luxurious alpaca lined nests this year.