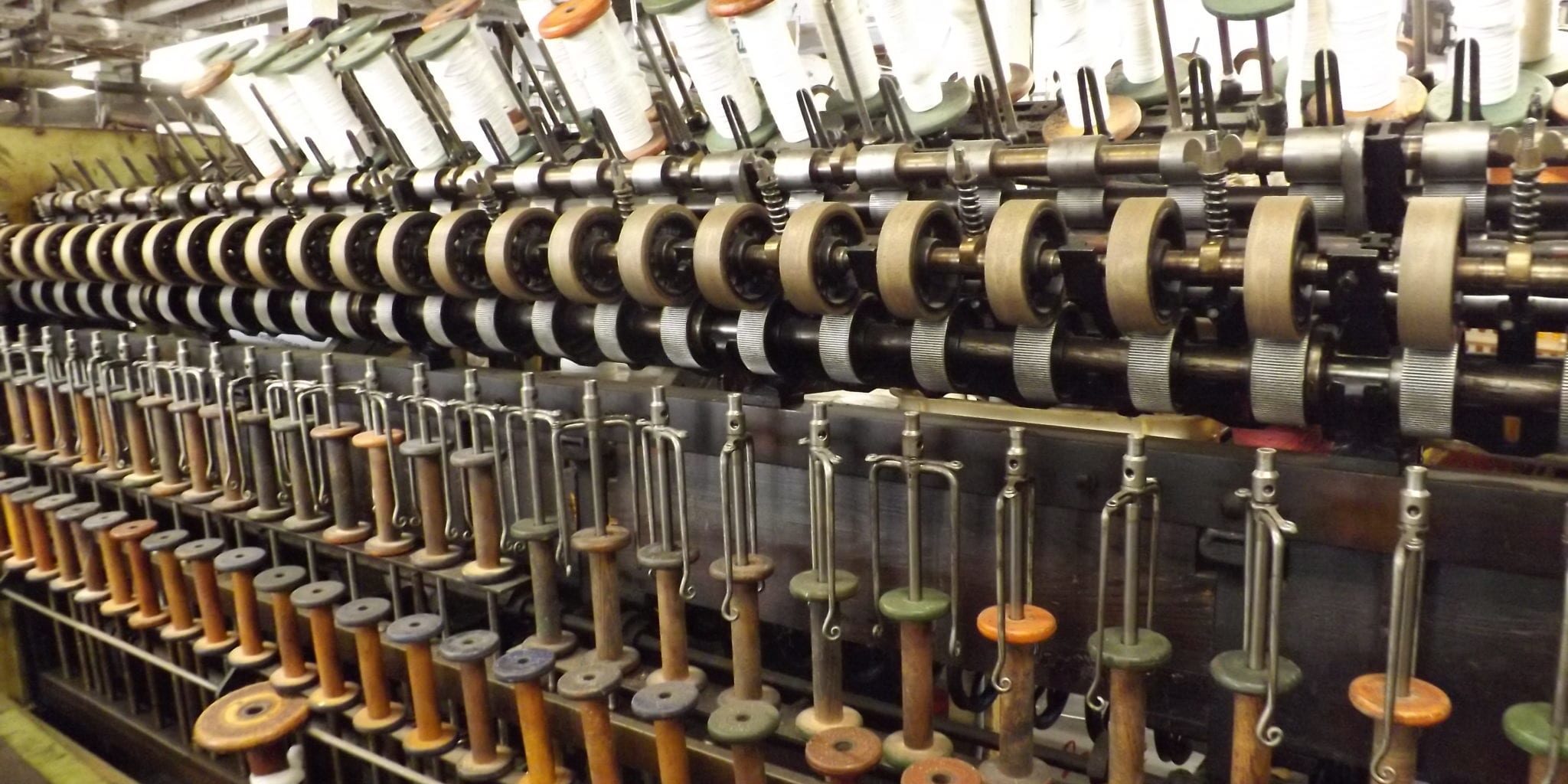 Do you know your worsted spinning from your wool spinning?

It’s a more complicated process for a start. The basic difference is the use of a long rather than a short staple (the individual fibres that make up the yarn). And that these fibres have to be combed, and combed again into parallel with each other before the spinning can begin. The result is a finer, smoother yarn (and hence fabric) can be produced.

Enough of the technicalities. A break from yarn dyeing and sock making in the cottage it was time for a trip out – to Coldharbour Mill in Uffculme, near Collumpton in Devon.

This is a working wool mill museum  – chock full of kit and machinery. It’s the oldest working woollen mill in the world! It began at the very end of the 18th century as a water mill, then converted to steam and powered its way through the industrial revolution in the 19th century and into the 20th.

The boiler is enormous. Day to day they run on electricity, but they have special steam days when it’s put into action.

Inside the mill there’s floor after floor of wondrous machinery to comb, spin and weave the wool. Like John Arbon Textiles, another worsted mill featured in a post last year, they are rightly proud of it all.

Take a tour with the manager and he’ll take you through turning fleece into tops, into rovings and into yarn for weaving or knitting. Then, with the machines safely inside cages you can wander around the floors, past bins full of bobbins…

…and tucked in the carpenter’s workshop –

Whether you’re into wool, spinning, knitting or weaving, like old machines and old buildings – this place is well worth a visit.